Dawn Cooper shares her favourite animal illustrations from Up Close. 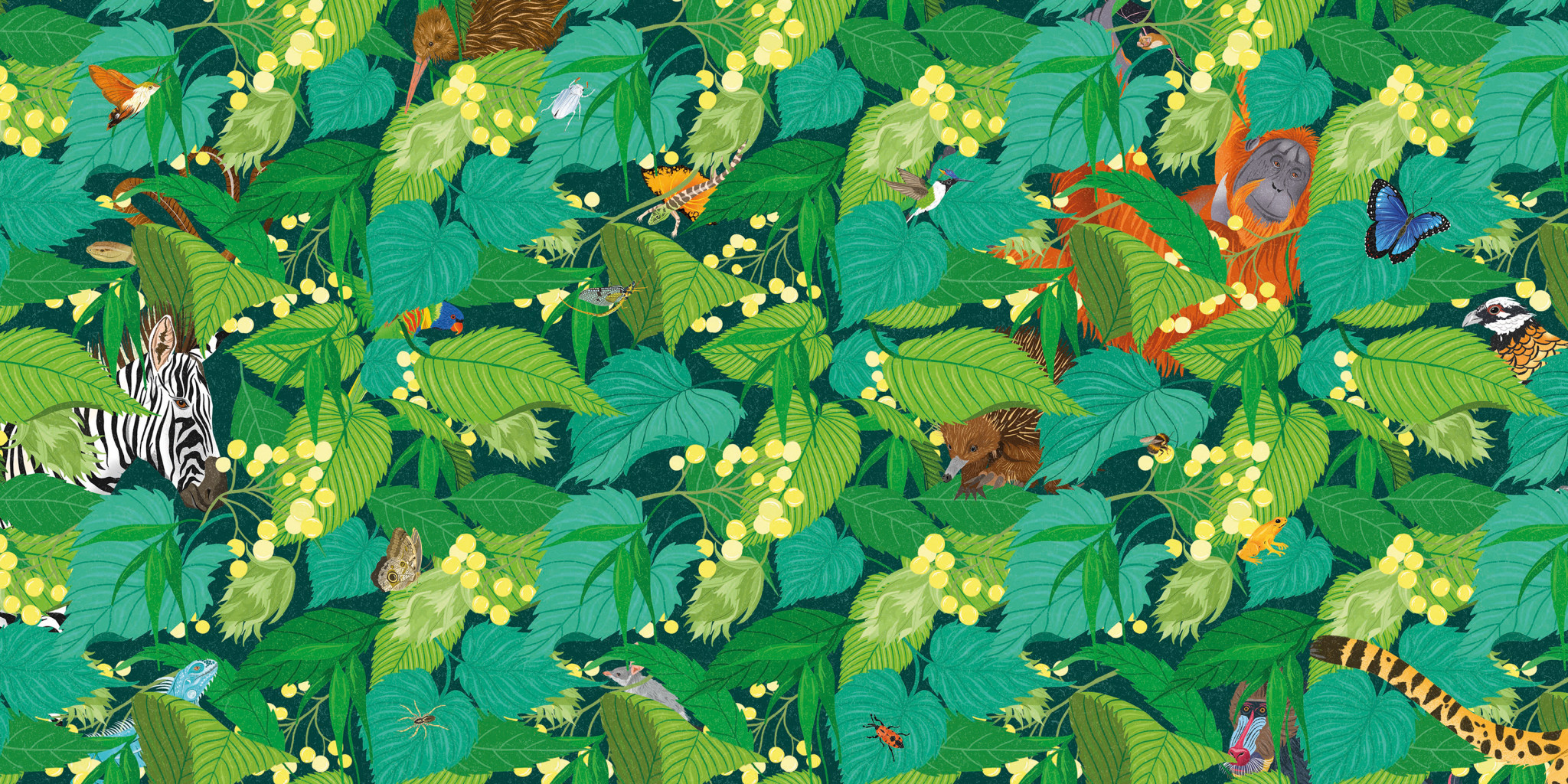 This week sees the release of Up Close: A Life-Size Look at the Animal Kingdom, a new picture book fully illustrated by Dawn Cooper and published by Wren and Rook. The book is packed full of Dawn’s incredible interpretations of the weird and wonderful world of our diverse animal kingdom.
Dawn was kind enough to share some her thoughts on what it was like to make the book, sharing her inspirations, challenges she faced and what some of her favourite animals ended up being; 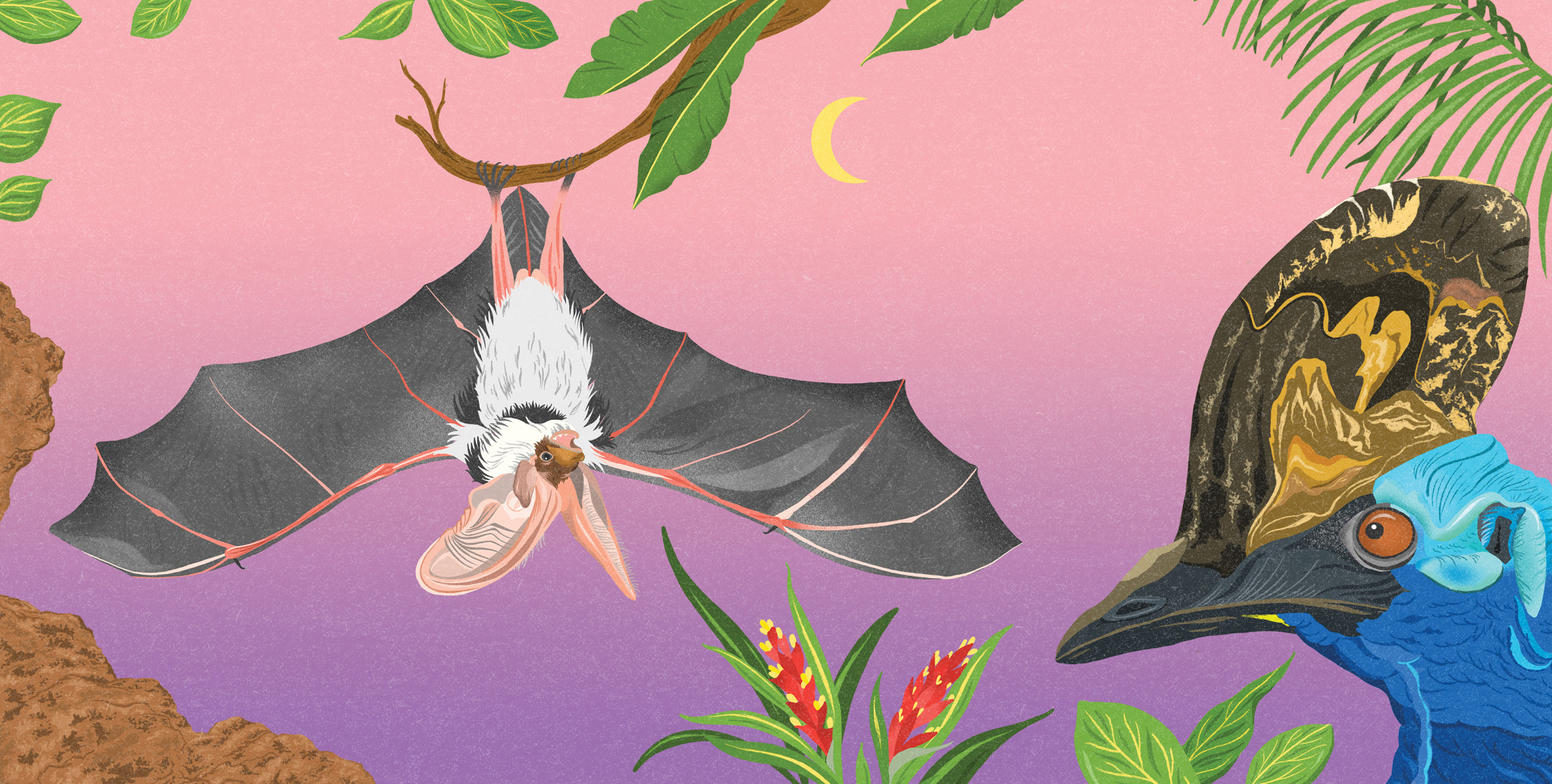 I normally get sent a handful of reference photographs from the author or publisher, but I’ll often spend time looking for my own reference images too.  Because I want the drawings to be as anatomically correct as possible, but not be in danger of copying someone else’s work, I’ll often make a bit of a Frankenstein style collage from different photos of an animal which I can loosely draw around, so I can get their limbs and things proportionally correct, but create my own poses.

For one of the spreads I was asked to draw a Tufted Ground Squirrel, which is so rarely seen that very few images of it exist!  I had to try and draw from fuzzy night camera footage, and cross-reference it with other’s people’s artistic interpretations of what it might look like.  The finished squirrel probably doesn’t look quite as lifelike as some of the other animals in the book, but I’m quite pleased with how it turned out. 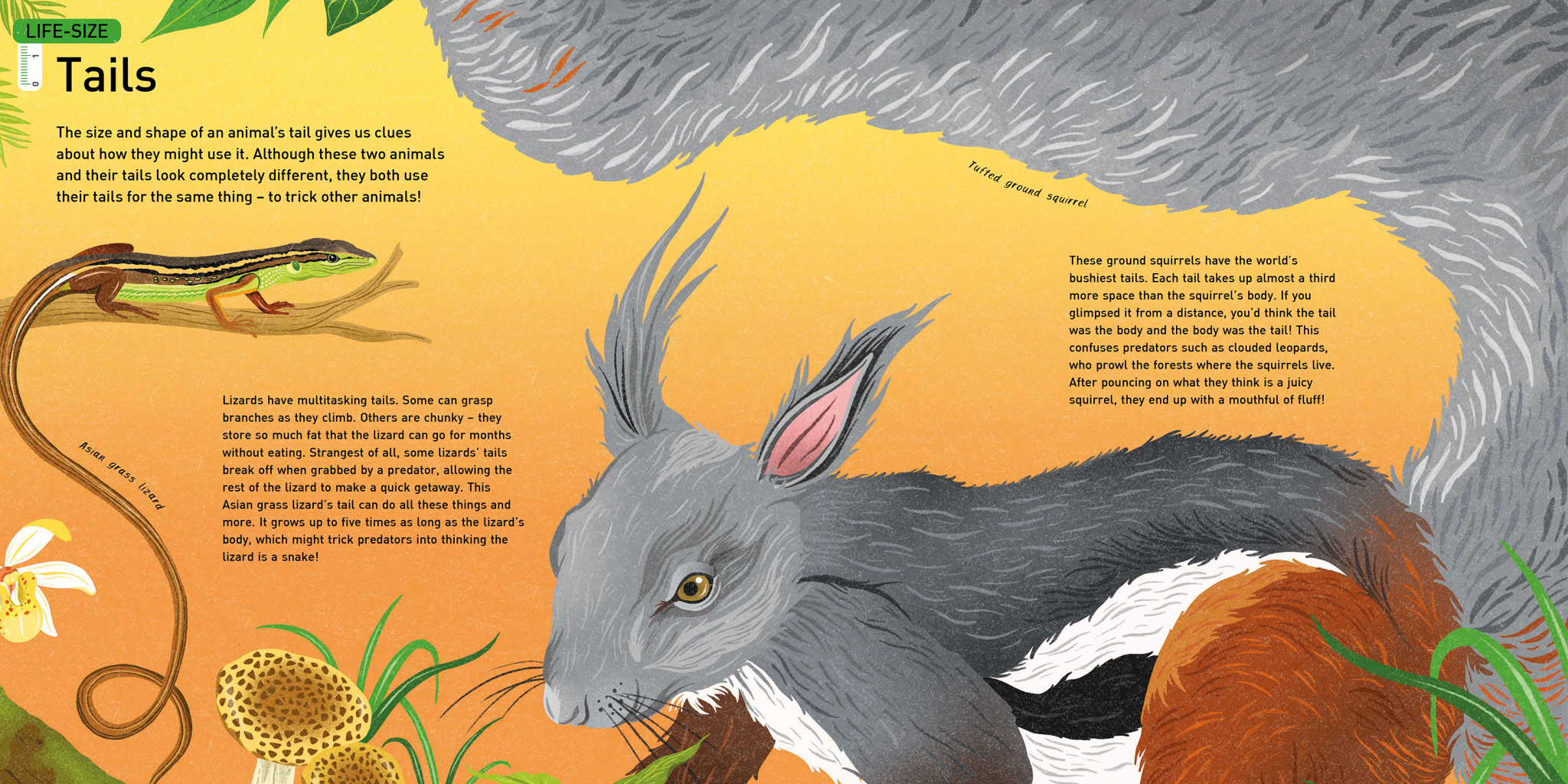 On challenges with the project:

One of the other challenges I had with ‘Up Close’ is that animals had to appear true to their actual size.  I remember I spent a lot of time painstakingly drawing an entire eagle, before realising that only its foot would fit on the page if it was life-size. 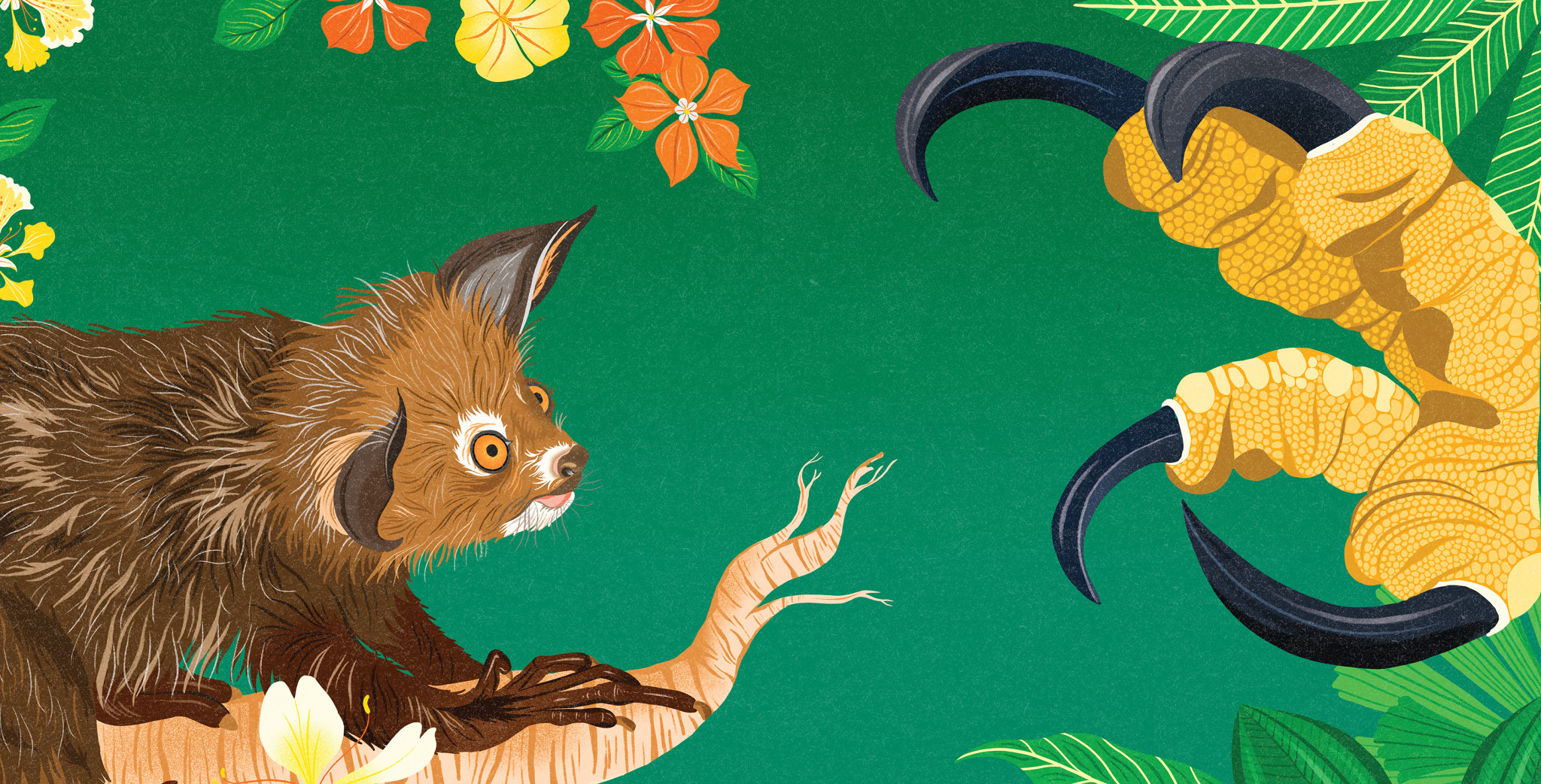 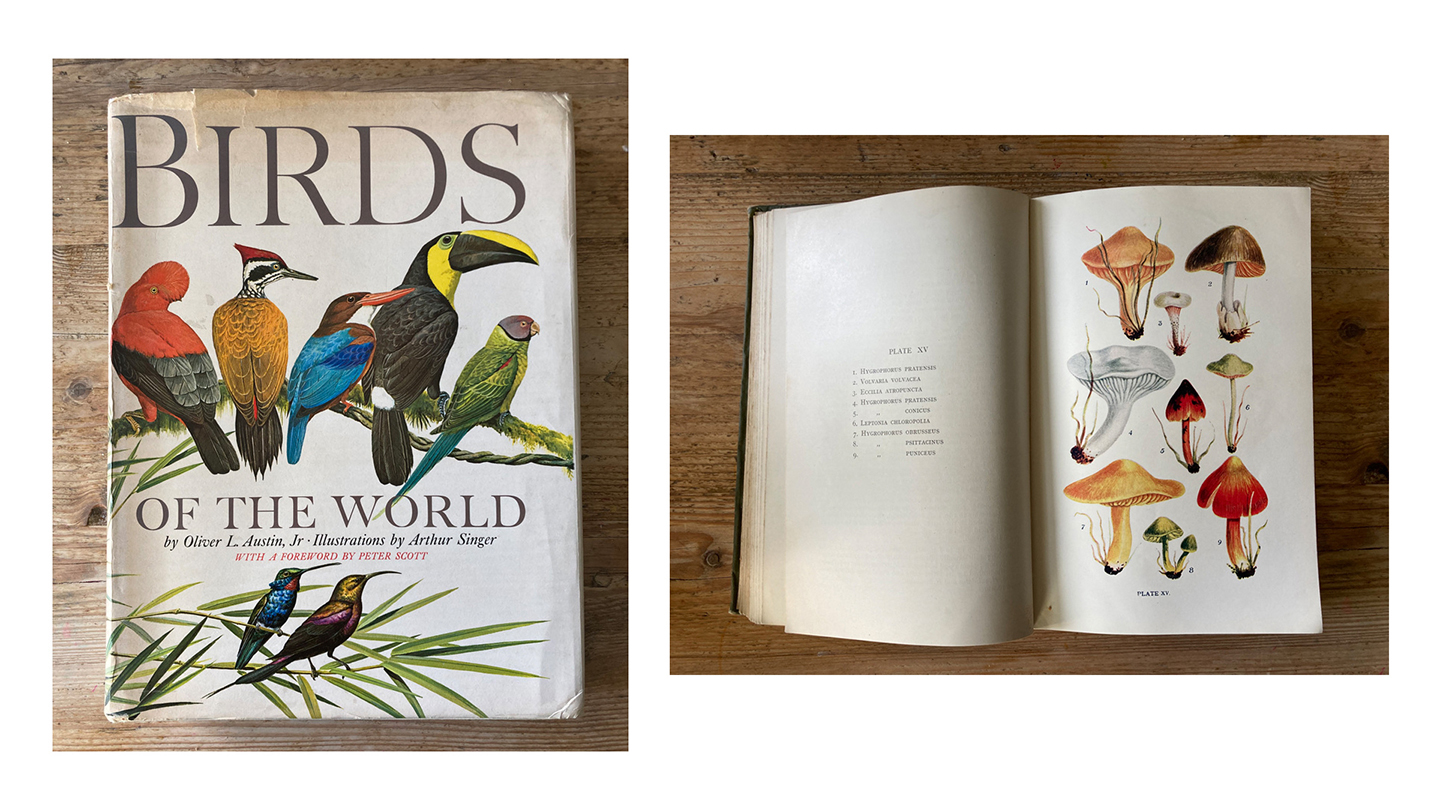 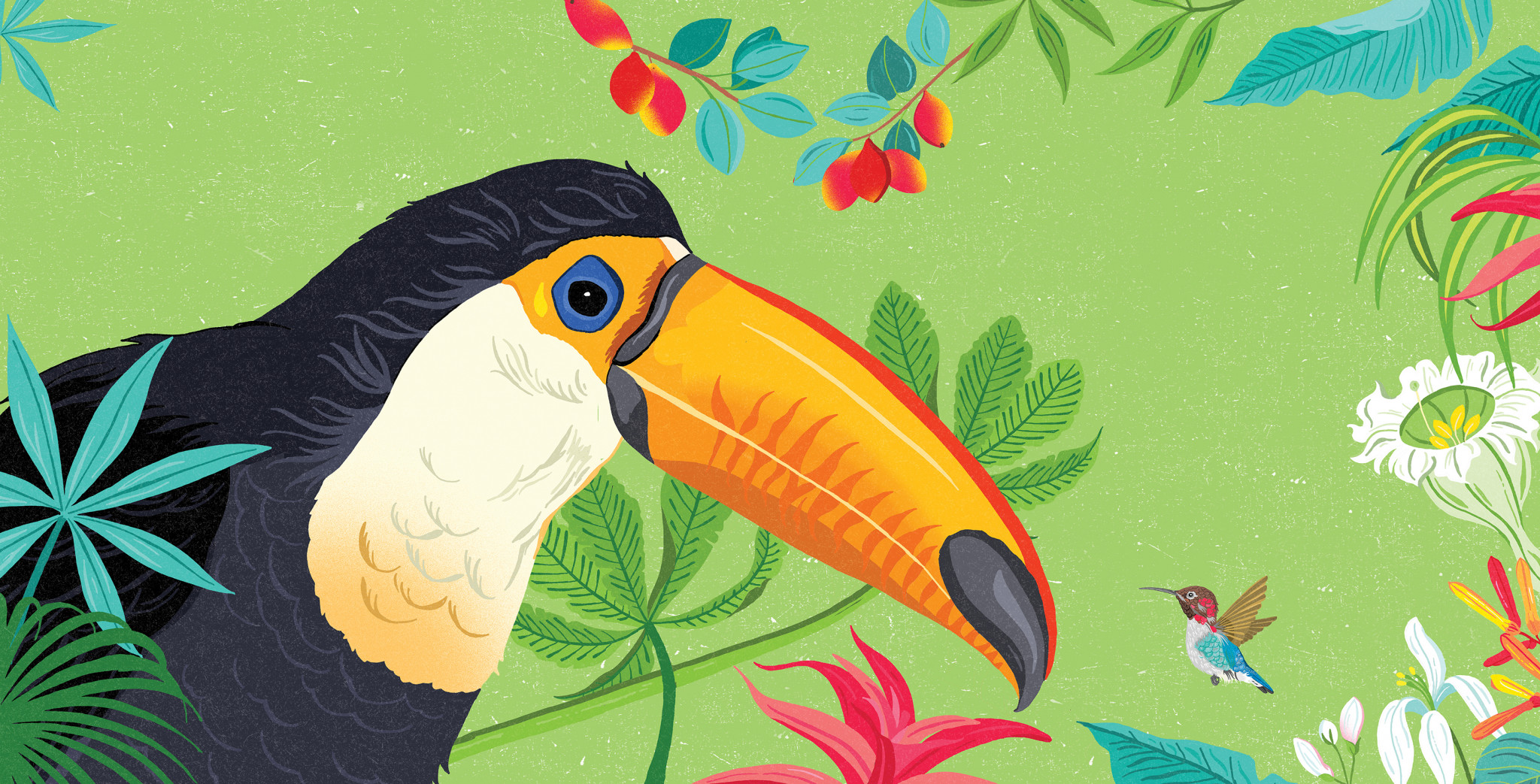 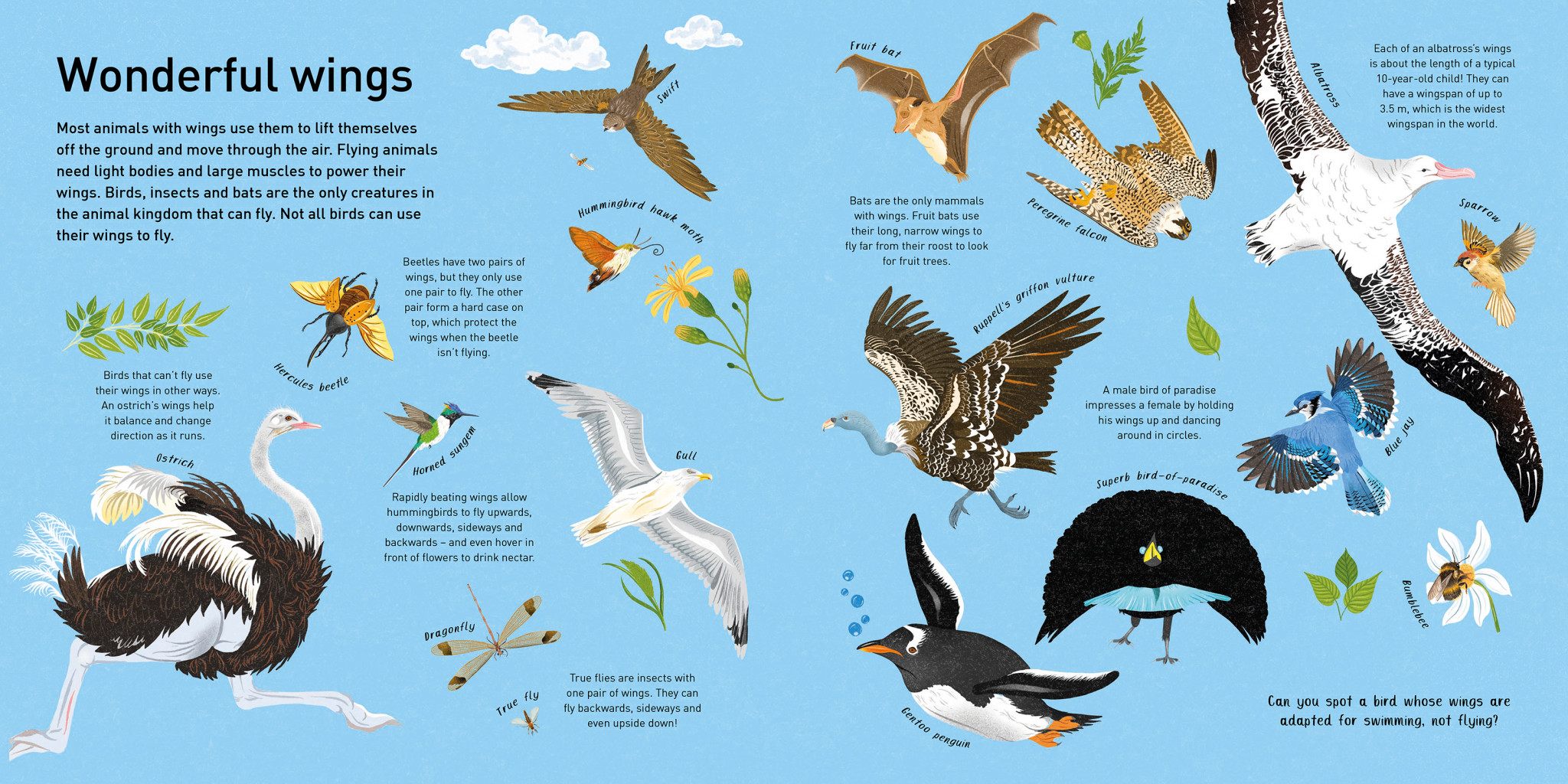 Some favourite animals from the book:

The leaf-tailed gecko looks just like a dried up brown leaf!  My illustration doesn’t really do it justice.  If you look at a photograph, you will be amazed by its incredible camouflage.
The chick of a cinereous mourner bird has evolved to look just like a poisonous species of caterpillar which lives in the same habitat.  It has even adapted the way it moves to look like the caterpillar, to reduce its risk of being eaten by prey.
This beautiful rainbow coloured fish is a vibranium fairy wrasse.  Some species of wrasse can change the colours of their scales to reflect their mood!
A rosy maple moth is a beautiful thing which can shed its scales to get out of sticky situations, like escaping a sticky spider web. 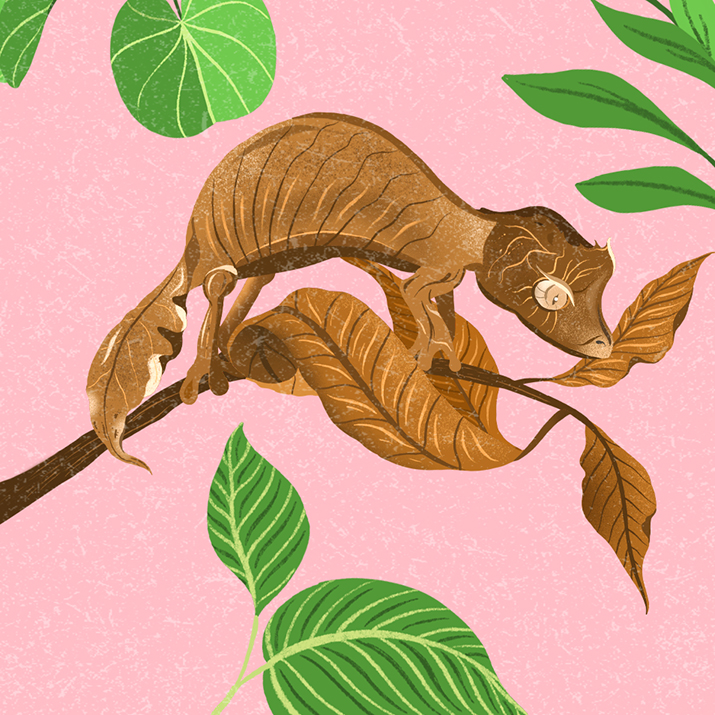 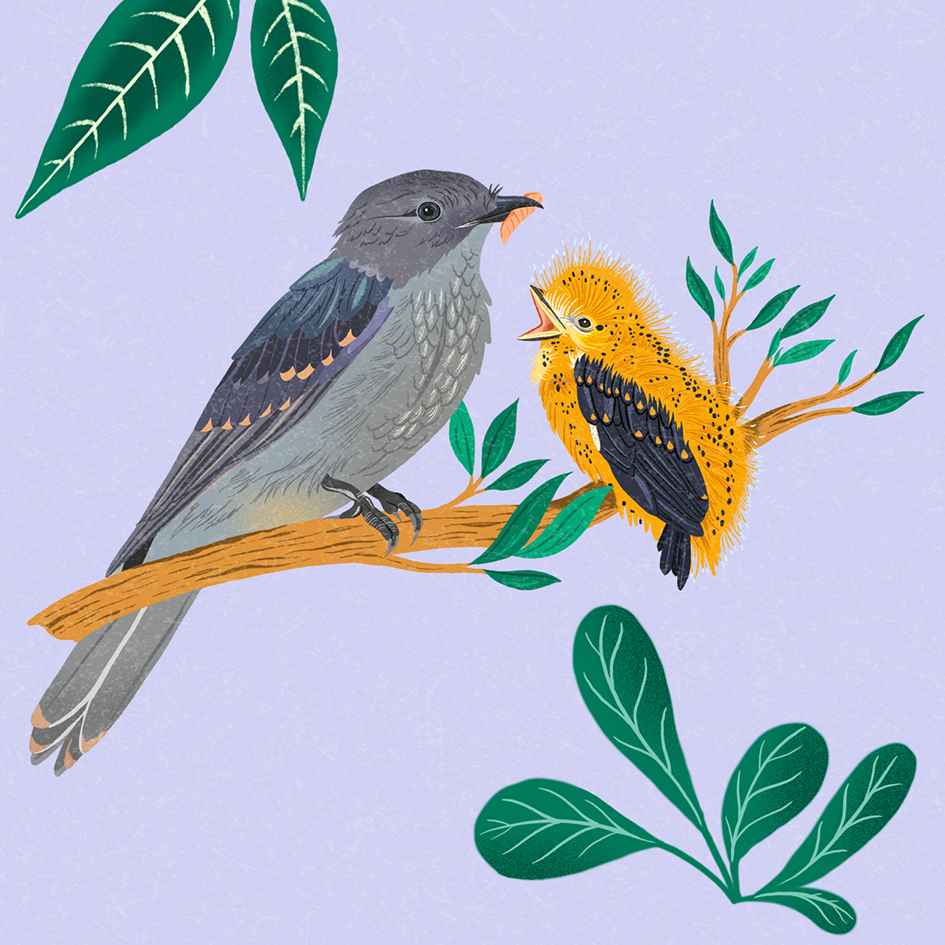 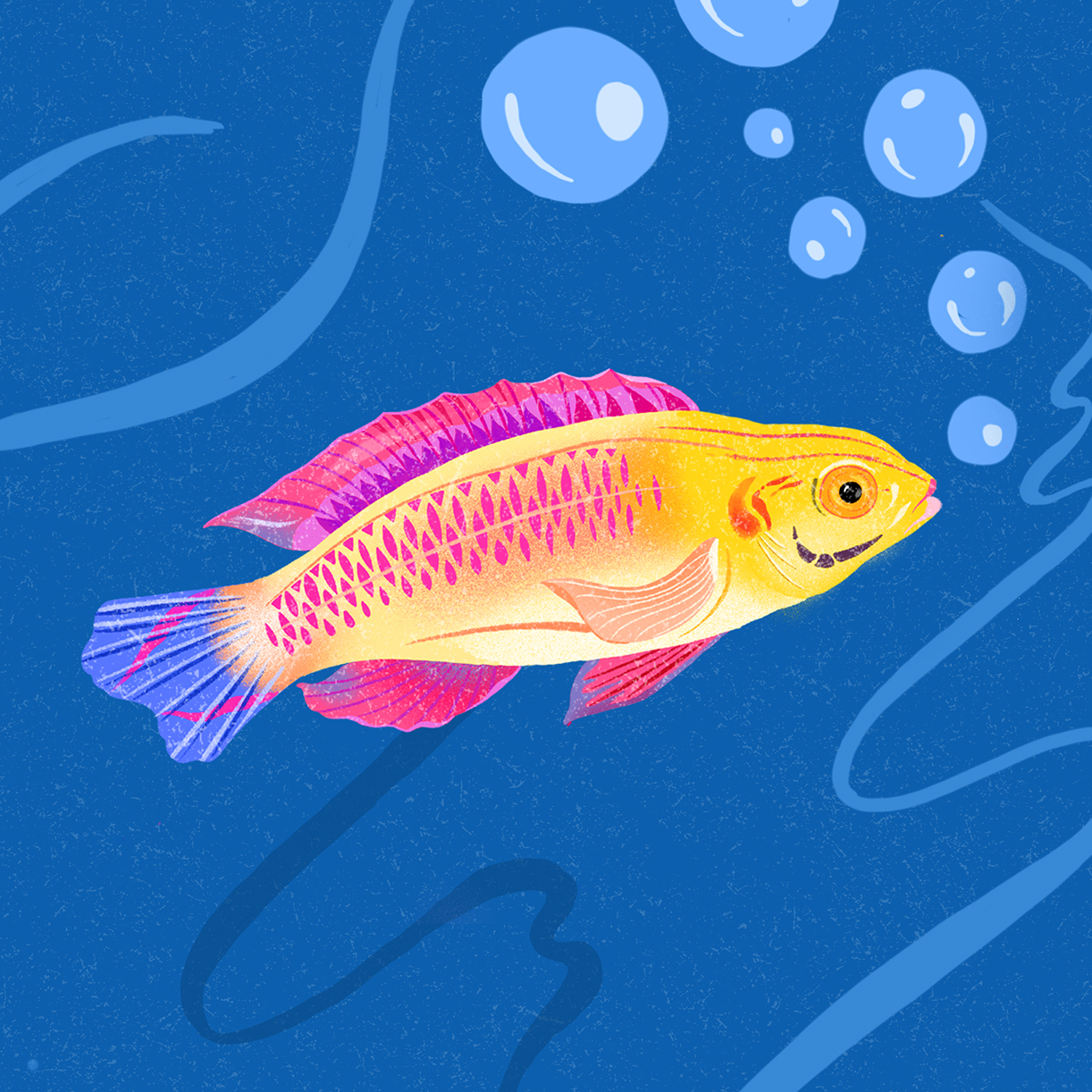 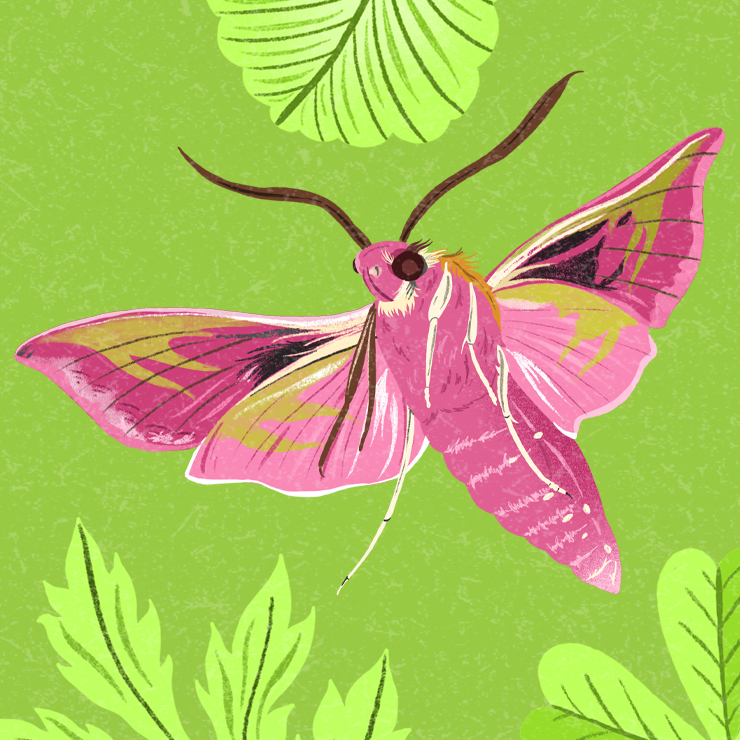 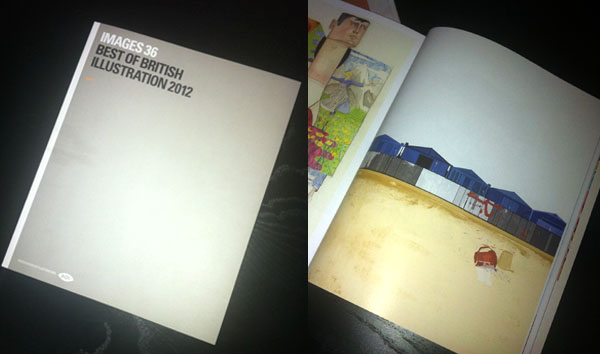 We had a wonderful evening last night at the private view of AOI Images 36. This year’s exhibition was held at Somerset house,... 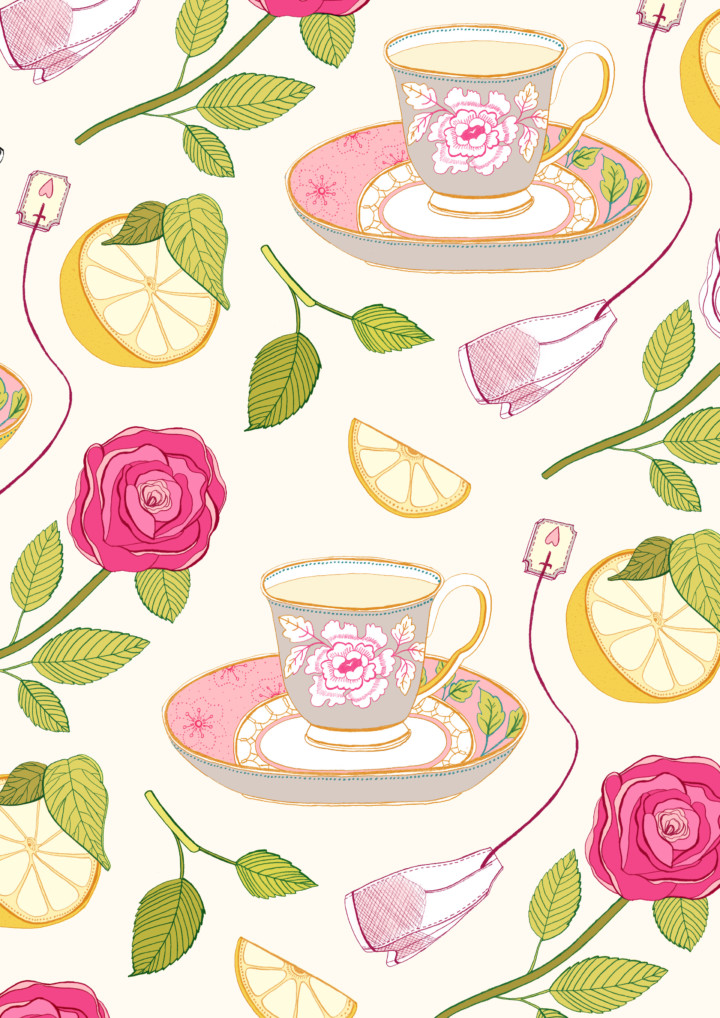 Our Lindsey Spinks has been working on some new pattern ideas! Here are the results, we love it we hope... 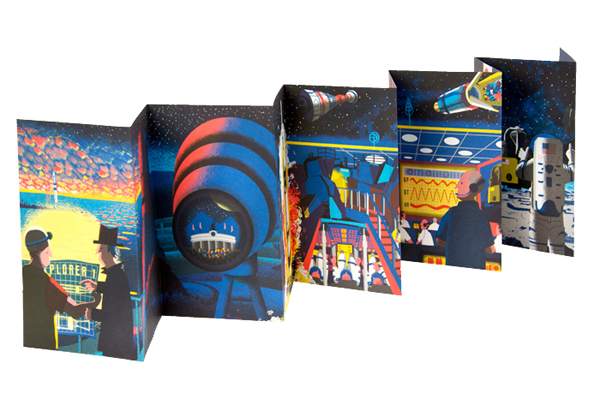 We are delighted to announce that Tom Cole’s beautifully illustrated concertina book ‘Space Race’ for Nobrow, is out now! The...