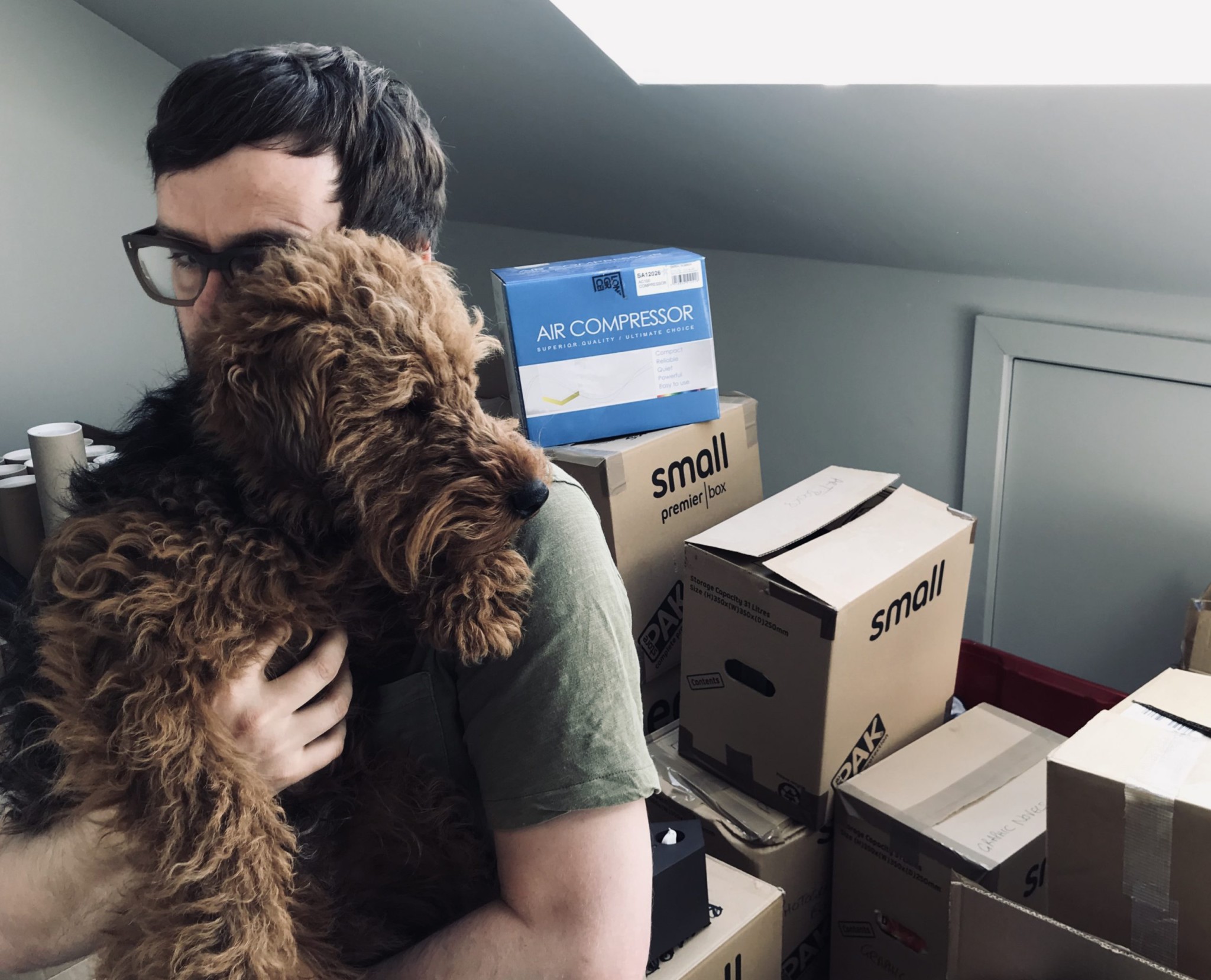 The illustrations of Rob Ball are that which you escape into. Like the greatest comic books, sci-fi films or fantasy novels, Rob’s work promises worlds that are brimming with dynamism, popping with colour and challenging the viewer to look deeper.

It’s not surprising then, that Rob has been asked to illustrate covers and books related to pop culture phenomenons like Star Wars and Game Of Thrones. His ability to illustrate the essence of a character is clear; using a keen eye for likeness and proportion but also knowing the perfect points to subtly exaggerate their features and cast them in a dramatic light unique to his images.

That all being said, Rob’s work is not exclusively bound to the realms of the unreal. His skills have been put to great use to create portraits for various editorials (Time, Cosmopolitan US, Foreign Policy Magazine); again, Rob knows just what to exaggerate and what to leave alone, creating portraits that give us a greater idea of that persons character.

So where does all this come from? Perhaps Rob’s abilities draw from his days as a graphic designer… or the influence he takes from the characters in London he’s been living amongst for 15 years… or maybe they stem from different worlds entirely, places inhabited by man sized wolves, elderly knights and vast inspiring landscapes.  Whatever planet Rob’s ideas hails from, we’re lucky to have him here on ours to translate.

We spoke to Rob about Everton disappointments, Battle of the Planets and his dog, Conker…

I’ve lived in Walthamstow, London, for around twenty years or so.

I was converting the loft into a studio when the lockdown started, so at the moment it’s full of boxes – let’s be polite and call it a “rough”.

I walk my dog and then inject black coffee straight into my eyeballs. If that doesn’t work I grease up some resuscitation pads and apply them until I’m ready to concentrate. I split my day into different tasks: the morning is for coming up with compositions, making roughs etc. – the ‘thinking’ work. It’s also when I like to finish pictures, when I have the benefit of a fresh eye. The afternoon is for ‘drawing’ – working through pieces in a kind of fugue-like state. In the evenings I bury myself in fresh compost ready to start again in the morning.

There’s always something on. I listen to a zillion football podcasts all telling me things that I already know, those are my aural comfort blanket – a series of regular and reliable disappointments from Everton Football Club. The last things played on my iTunes are Electribe 101, Bobbie Gentry, Big Thief, The Saxophones and the Flash Gordon Soundtrack so make of that what you will. If there had been anything really embarrassing – the best of the Backstreet Boys for instance – I wonder if I would have confessed.

Eight or nine years, I can’t keep track, I’m terrible with numbers which is why I make pictures.

I met one of my agents Alex in my previous life as a Graphic Designer, and I begged and begged until she accepted my portfolio at the point of exhaustion. It was a war of attrition. They are a wonderful bunch.

What books or programmes did you love as a child? Have they influenced your work in any way?

Anything that wasn’t set in the real world. I had little time for Blue Peter or Play School or any of that rubbish. I think my first real love was a cartoon called Battle of the Planets, most of which was cut together from a Japanese original. Compared to British telly it was exotic and dynamic and the first thing I saw that moved at the speed at which children think. Jackanory couldn’t hold a candle to space monsters and cross-dressing intergalactic despots I’m afraid.

In indulgent moments I like to think I would have liked to have a job where you spend a lot of time outside, a forest ranger for instance. In reality I’d be eaten by squirrels within a week so I’m probably safest indoors.

Here’s a lesson I think about all the time, from a Foundation course that I almost completed. We had to design a board game and bring it in the following week. I spent hours making the board, meticulously designing the pieces, really getting lost in the drawing of it all. Another student brought in a Trivial Pursuit board that he’d slapped some stickers on and got top marks. He put in a tenth of the effort, but at the end of the day mine was a crap game. I guess the lesson is: keep an eye on the brief.

I love doing book covers, I’m not someone who gets emotionally attached to objects and possessions but books are sacred objects.

I would like to illustrate an encyclopedia of English folklore.

I have a dog called Conker. He’s a cross between a Welsh Terrier and a box of ping pong balls.

Given the current circumstances I dream of travelling to the pub. 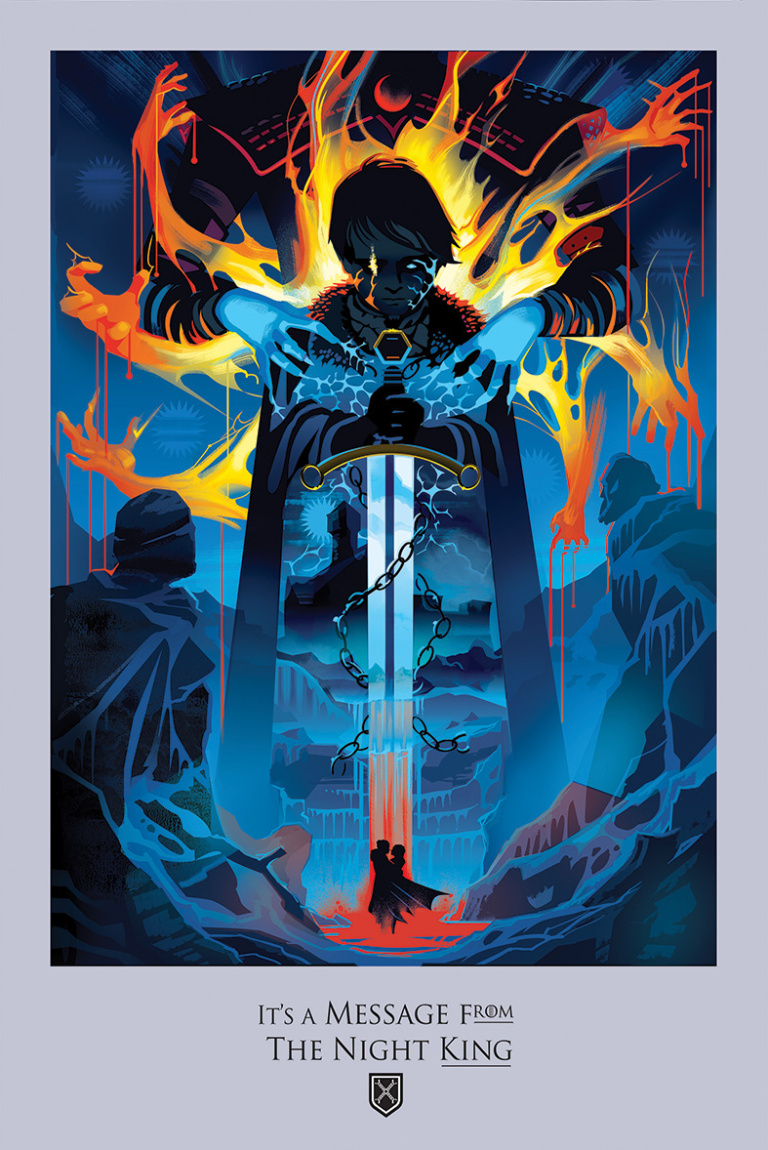 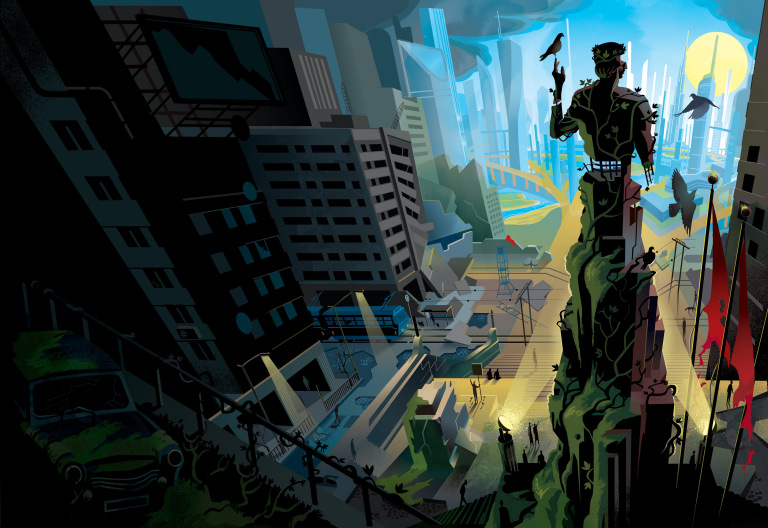 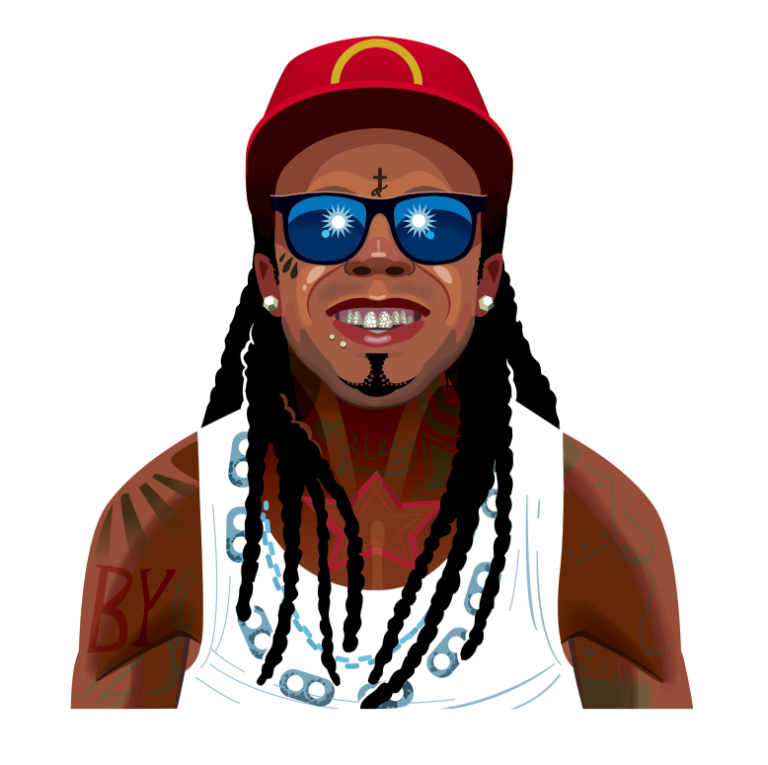 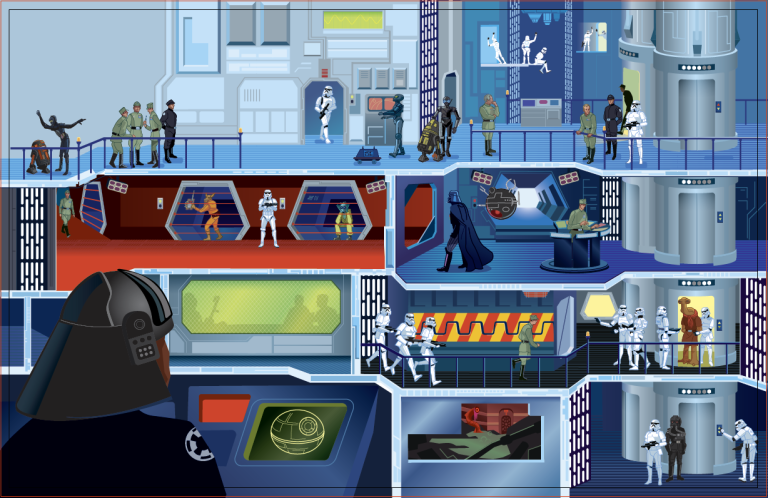 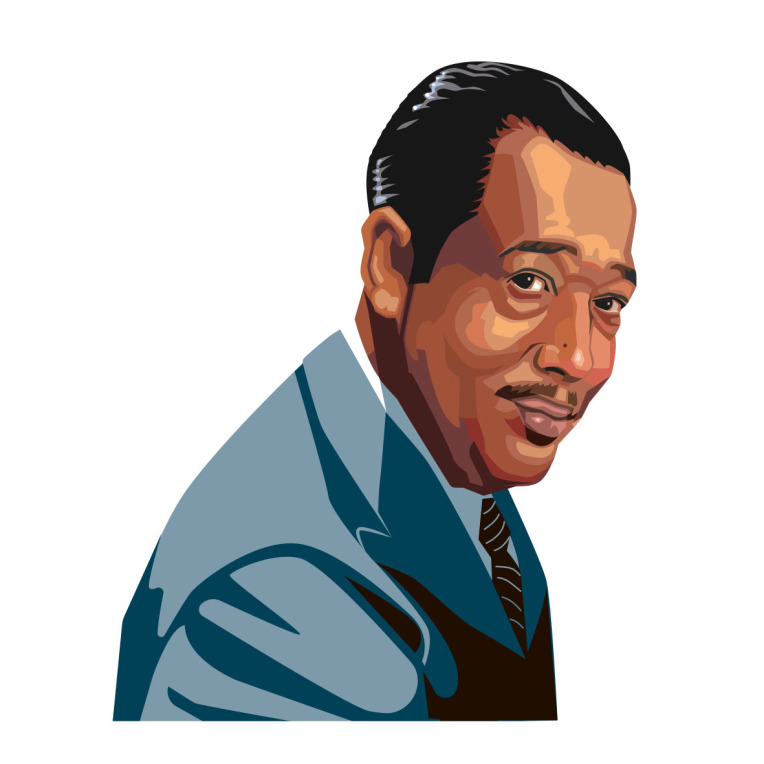 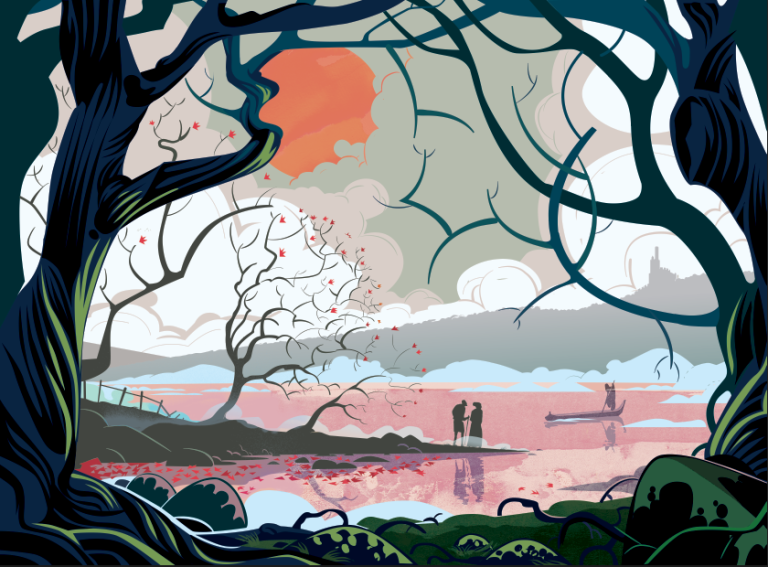 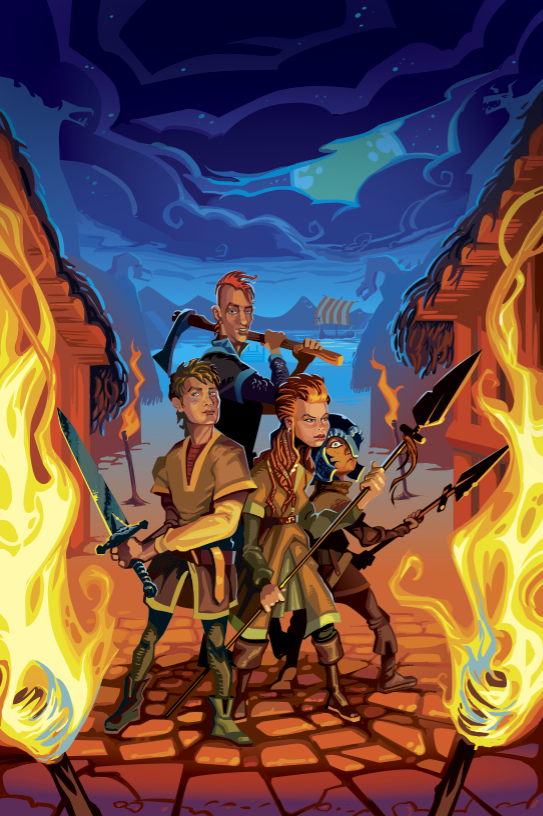 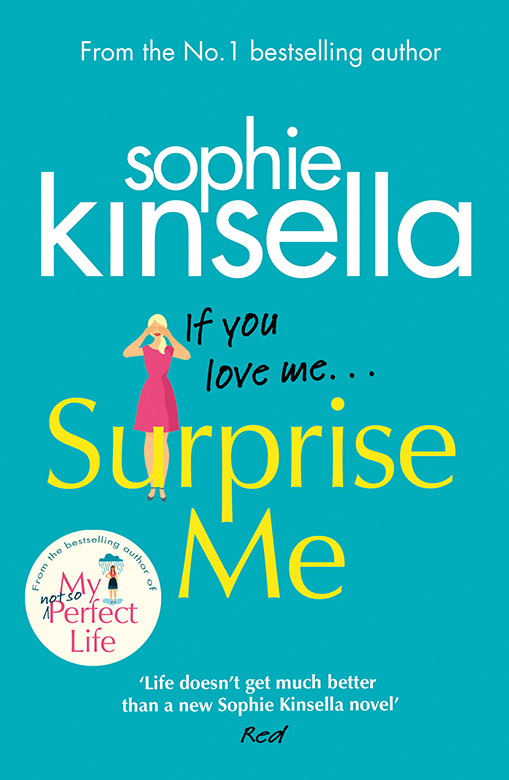 Following the success of the bestselling Sophie Kinsella novel, My Not So Perfect Life 2017, Lucy was commissioned to illustrate...

Last year, Laura Barrett had the pleasure of working with the lovely design team at Studioarc on the refurbishment of... 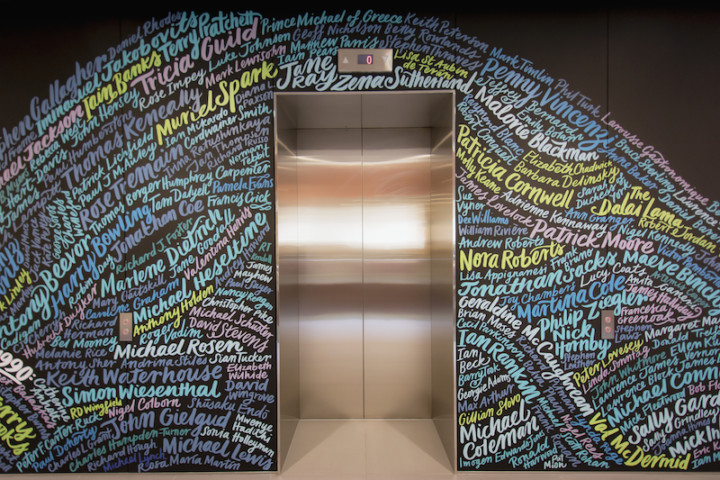 Kate Forrester was asked to work with the Graphic History Company  to create these stunning murals for Hachette UK. A year...